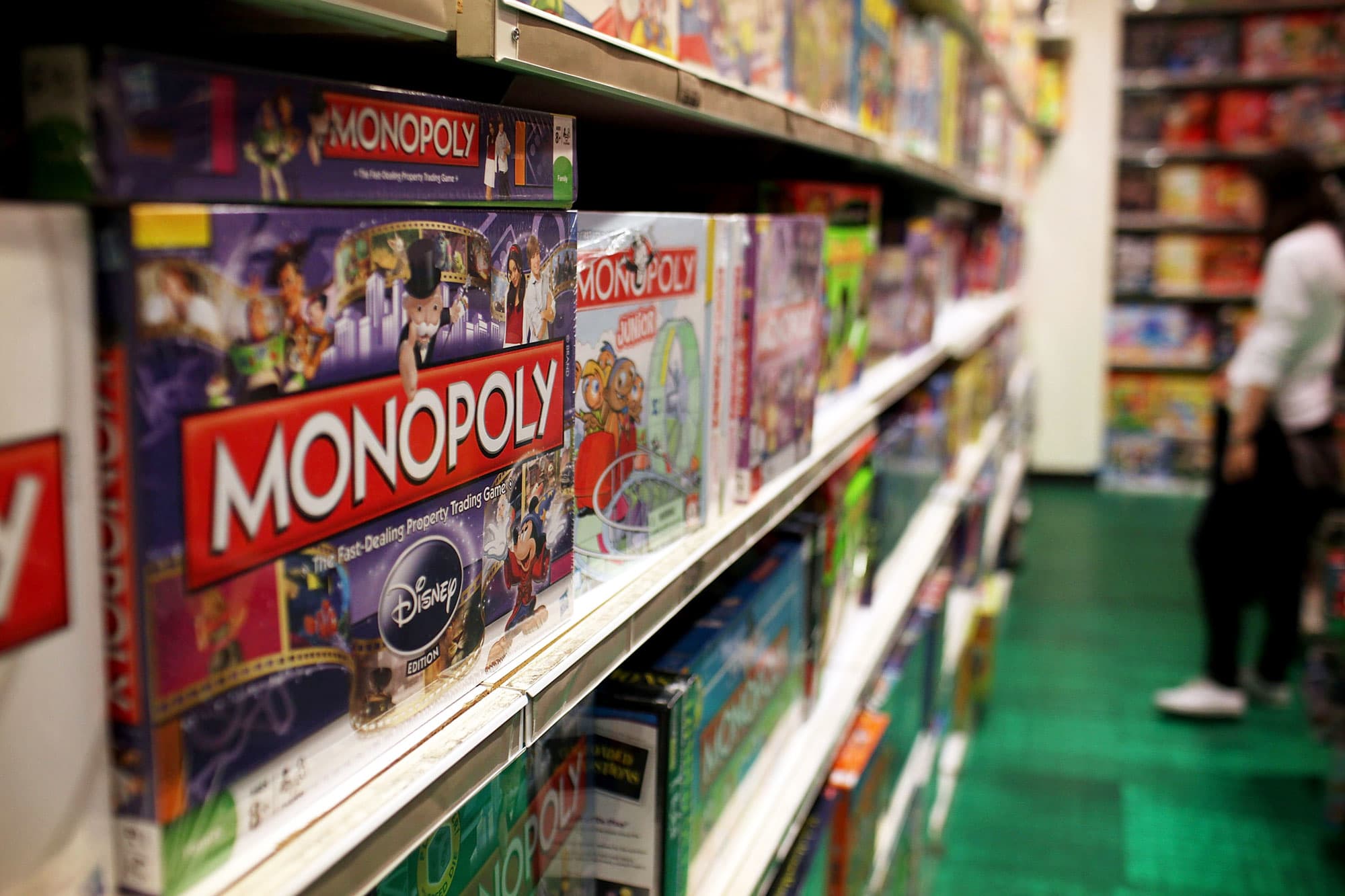 The board game Monopoly by toymaker Hasbro at a toy store in New York City.
Getty Images

Check out the companies making headlines in midday trading Thursday.

Palantir Technologies — Shares of Palantir dropped 10% after the company’s earnings fell short of forecasts for the fourth quarter, though its revenue beat estimates. Its reported net loss was $156.19 million, wider than the $148.34 million loss seen in the year-earlier period.

Hasbro — The toymaker saw shares rise more than 3% after activist investor Alta Fox Capital Management nominated five directors to the company’s board. Alta is pushing for Hasbro to spin off its Wizards of the Coast unit and its digital games unit, which include franchise brands like Dungeons and Dragons and Magic: The Gathering. Alta owns a 2.5% stake in Hasbro worth around $325 million.

Nvidia — Shares of the chipmaker fell 6% despite the company reporting strong quarterly results. Nvidia noted that its automotive business, which represents a growth market for its chips, had revenue drop 14% to $125 million. It also came under pressure on concerns about its exposure to the cryptocurrency market.

Cheesecake Factory — The restaurant chain saw its shares rise 4% despite it reporting earnings that missed analysts’ expectations along with increased input costs that negated a beat in revenue. The company is planning a price increase in new menus that could lift prices later this year.

Tripadvisor — The travel site operator fell 2.7% following an unexpected quarterly loss and a revenue miss. Tripadvisor said it expects the travel market to improve significantly in 2022 following what it called “unexpected periods of virus resurgence” in 2021.

Cisco Systems — The software company added about 4% after it reported a beat on quarterly revenue and earnings and issued an upbeat full-year forecast, citing strong demand from cloud computing companies. Cisco earnings of 84 cents per share beat estimates by 3 cents. Revenue came in at $12.72 billion, versus estimates of $12.65 billion.

Equinix — Digital infrastructure company Equinix gained more than 4% after TD Securities upgraded the stock to buy from hold, citing its recent pullback. The upgrade came a day after the company reported fourth quarter adjusted EBITDA that beat estimates, as well as a slight revenue beat.

Bitcoin clings to $23.5K as trader says BTC ‘identical’ to 2020 breakout
SBF bail guarantor to go public, UK crypto framework and Celsius news: Hodler’s Digest, Jan. 29 – Feb. 4
Munis firmer across the curve, outflows return
Gilead’s Stock is on Sale: Should You Buy?
Rumor has it that Dogecoin could shift to proof-of-stake — What does that mean for miners?