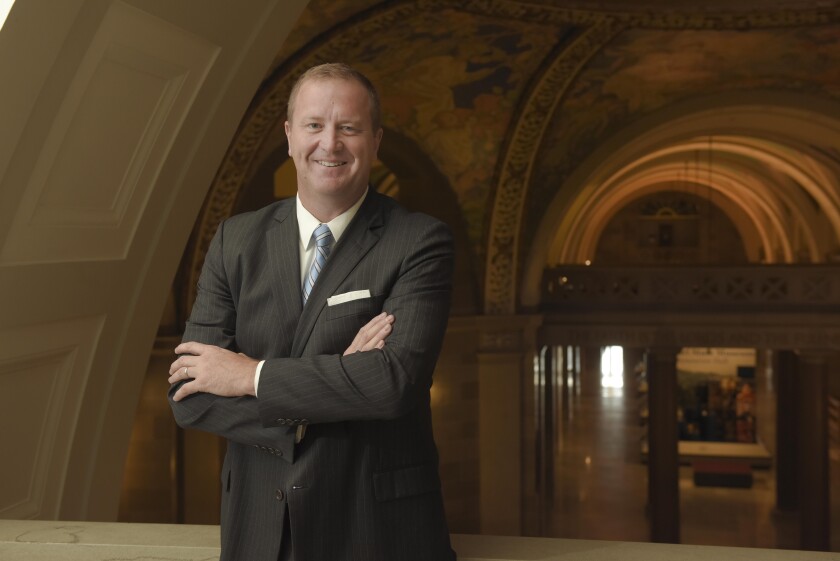 A legal battle between the Missouri attorney general and dozens of school districts over mask mandates could strain ratings, S&P Global Ratings warns.

The court declared unconstitutional the state health department’s regulations that allowed local health authorities to impose public health orders. Schmitt argued schools lacked authority to impose such mandates after the order and in January he sued 45 districts to halt their ongoing enforcement of mandates.

“We do not anticipate any major pressure on the districts’ credit quality in the short-term” as districts benefit from liquidity and reserves to manage short-term pressures from legal costs, S&P said in a recently published special commentary. “However, a significant judgement against the districts could pressure finances or operations and consequently credit quality.”

S&P in the Feb. 11 report said it would consider any rating actions on a case-by-case basis.

As previously reported by The Bond Buyer, the legal battle has spilled over to the state’s bond enhancement program. State Treasurer Scott Fitzgerald has refused to approve participation in the program for districts that continue imposing COVID-19 related restrictions citing the threat of litigation.

“We do not view a lack of participation in the program as having a material impact on general creditworthiness; however, districts who pass on program participation may pay more in debt service over the life of the bonds,” S&P said in the special report. “For many districts, the cost differential would likely be inconsequential to financial operations, but for others it could result in an additional source of financial stress, which can translate to credit quality pressure.”

So far, 19 districts have signed a certification letter that they are in compliance with the AG’s order and seven have refused, treasurer’s office spokeswoman Mary Compton said in an email Tuesday.

Fitzgerald, a Republican, has announced a run for state auditor in 2022. Schmitt is a Republican candidate for U.S. Senate. He is holding a fundraiser at former President Trump’s Mar-a-Lago resort in March, according to The Hill.

The treasurer’s certification letter requires the signature of the district’s superintendent who must attest that the “district is compliant with the directives received from the Missouri Attorney General on December 7, 2021 relating to the enforcement of public health orders or will become compliant no later than December 23, 2021, and will remain compliant with said directives.”

Participation by school districts in the bond direct deposit program is voluntary and the treasurer has discretion to determine whether or not to grant approval regarding these financial transactions, Compton said.

State lawmakers created the program in 1995. It’s administered through a state conduit issuer, the Missouri Health and Higher Educational Facilities Authority, with guidelines laid out by the Department of Elementary and Secondary Education.

Under the program, state aid payments flow directly from the state to the bond trustee. “This procedure results in a credit rating on the program bonds based to a large extent on the credit quality of the state,” the guidelines say.

The authority last year sold 169 issues totaling $1.38 billion, a record high for dollar amount and third highest for the number of issues. The 2021 borrowing levels are up from 92 issues totaling $574 million in 2020, Executive Director Michael Stanard said in late January.

Rumor has it that Dogecoin could shift to proof-of-stake — What does that mean for miners?
Munis slightly firmer after Fed hikes rates 25bp
Hong Kong services to rebound as China reopens, but UBP says sector is coming from ‘fragile situation’
Total crypto market cap rises above $1T — data suggests more upside is in store
Bitcoin clings to $23.5K as trader says BTC ‘identical’ to 2020 breakout