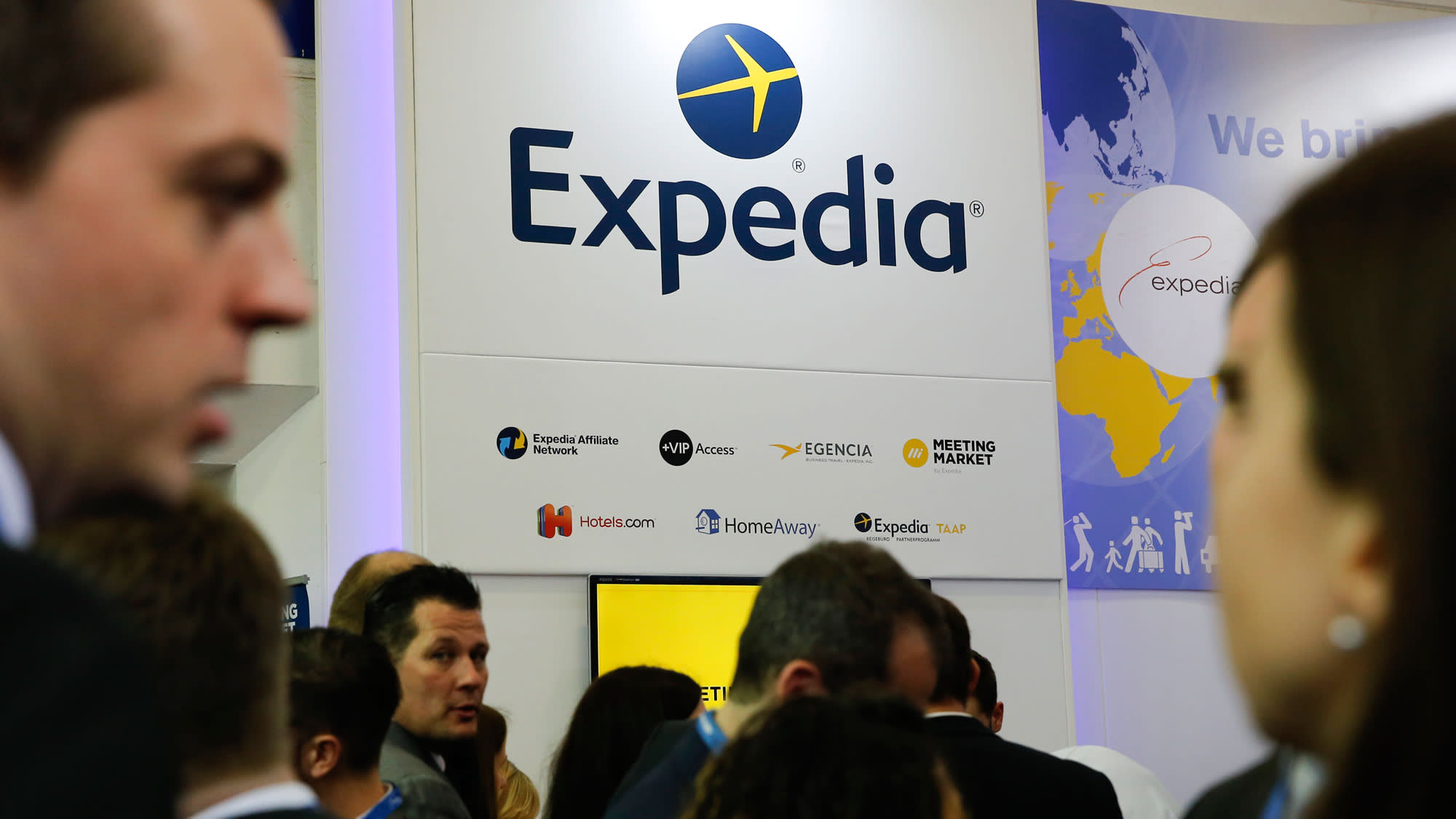 Visitors browse at the display of Expedia during the International Tourism Trade Fair in Berlin.
Fabrizio Bensch | Retuers

The major indexes have just notched a second consecutive week of losses, and the conflict between Russia and Ukraine continues to brew.

Investors are looking for guidance and a reminder to keep a long-term perspective. Top analysts are calling out their favorite picks even in these turbulent times, according to TipRanks, which tracks the best-performing analysts.

Here are five stocks these Wall Street pros are highlighting.

Cloudflare (NET) is emerging as a standout player in the cybersecurity space. The firm has been acquiring customers and seeing retention rates increase, and its recent earnings report shows that. (See Cloudflare Earnings Data on TipRanks)

Alex Henderson of Needham & Co. wrote that Cloudflare’s “strong technology is capable of solving critical problems and facilitating growing technology trends.” He said, “We recommend investors buy and hold NET, even with the interest rate and valuation turmoil. We have conviction in this name.”

Henderson reiterated his Buy rating on the stock, and he added a price target of $245 per share.

The analyst wrote that he sees Cloudflare in a space of its own, currently “pivoting from network investment and a freemium customer capture model to the development of deeper service functionality.”

Henderson is rated by TipRanks to be No. 66 out of more than 7,000 analysts. He has been successful rating stocks 66% of the time, and he has returned an average of 35.3% on each one.

The holiday season typically brings with it massive volumes of travel and vacation planning business, but for companies like Expedia (EXPE), last year was different. The omicron variant of Covid-19 caused yet another wave of pandemic-related cancellations. However, the stock now appears poised for a strong summer ahead.

Fitzgerald rated the stock a Buy, and he bullishly raised his price target to $250 from $225.

While cancellations rose during the holiday season, they were not enough to overwhelm the company’s financial standing. Moreover, the wave had less of an impact on Expedia compared to the earlier delta variant. This may help calm investors’ qualms on the stock if the pattern is to continue.

The analyst was confident in his tone, writing that “EXPE remains our preferred play on the online travel sector recovery.” He believes the summer may prove lucrative, especially with international and city travelers.

It is important to note that Covid-19 driven uncertainty may still cause EXPE to see volatility in the near-term. However, Fitzgerald noted that the company has made significant progress “across key initiatives — streamlining brand strategy and tech platforms, and accelerating the pace of innovation/execution.” Expedia is ready to ramp its loyalty program catalyzing upside in the long-term, he added.

Coursera (COUR), the online adult education course platform, went public last year during the pandemic, but it has since slumped in share price. However, its margins are promising, and the company continues to scale its business.

Scott Devitt of Stifel recently referred to Coursera’s quarterly earnings, wherein the company beat Wall Street consensus estimates on revenue and its 2022 guidance. The analyst attributed high subscriptions to Coursera Plus and an “increased demand for career-oriented certificates and specializations” as some reasons for the boosted margins.

Devitt rated the stock a Buy, and he raised his price target to $26 from $25.

Writing on the current shift toward Coursera’s offerings, Devitt noted that its management indicated “increasing confidence that the shift to lower-cost industry partner content is unlikely to meaningfully revert given current trends, implying material upside to the long-term gross margin potential of the business.”

Beyond this macro trend, Coursera is seeing its users gravitate more toward the higher margin industry partner content, more so than the costlier educator content. (See Coursera Stock Charts on TipRanks)

Despite slight challenges such as the more employee-favored labor market pulling away would-be users of Coursera, the firm’s total addressable market remains large, and its industry leading position is stable.

Devitt is ranked above more than 7,000 expert analysts on TipRanks, coming in at No. 356. He has met success with his stock ratings 52% of the time, and he has brought in 24.1% on average per rating.

Intel (INTC) is the largest semiconductor firm by revenue, although it has fallen behind other large firms in regard to the level of complexity of its chips. The company has been expanding its infrastructure and business model since its new CEO took the reins about a year ago, and recently announced it would buy chipmaker Tower Semiconductor.

Quinn Bolton of Needham & Co., wrote in a report that the agreement is valued at about $5.4 billion and will “bring a broad range of specialty process nodes to [Intel Foundry Services] that nicely complement Intel’s advanced node process capabilities.” (See Intel Dividend Data on TipRanks)

Buying Tower will add seven fabrication plants to Intel’s manufacturing capacities, as well as an “established foundry ecosystem” and a preexisting customer base, the analyst wrote.

Bolton rated the stock a Buy and set a price target of $60 per share.

Intel is in the process of a sweeping transformation of its business model. The long-term projections are promising, despite Intel’s near-term challenges of tight gross margins due to heavy infrastructure and M&A investments.

Some of the highest demand for SolarEdge’s photovoltaic panels is in Europe, which according to Mark Strouse of JPMorgan is “particularly strong as corporate-level clean energy targets, government initiatives, and rising fossil fuel prices have driven demand.” (See SolarEdge Risk Analysis on TipRanks)

Strouse rated the stock a Buy, and he declared a price target of $328.

The analyst said that SolarEdge’s commercial and industrial business segment will soon reach an inflection point and is undergoing a surge in demand. He also anticipates SEDG’s tight gross margins to widen once the company ramps up manufacturing in Mexico, which will reduce transport costs significantly. This is in contrast to the high costs incurred when shipping from Asia to the U.S.

Meanwhile, in Asia, production from the firm’s Vietnam plant has been rebounding after pandemic-induced forced shutdowns stifled progress.

Strouse said that once the stock expands its vertical capabilities and global reach, it could begin to truly outperform its solar peers.