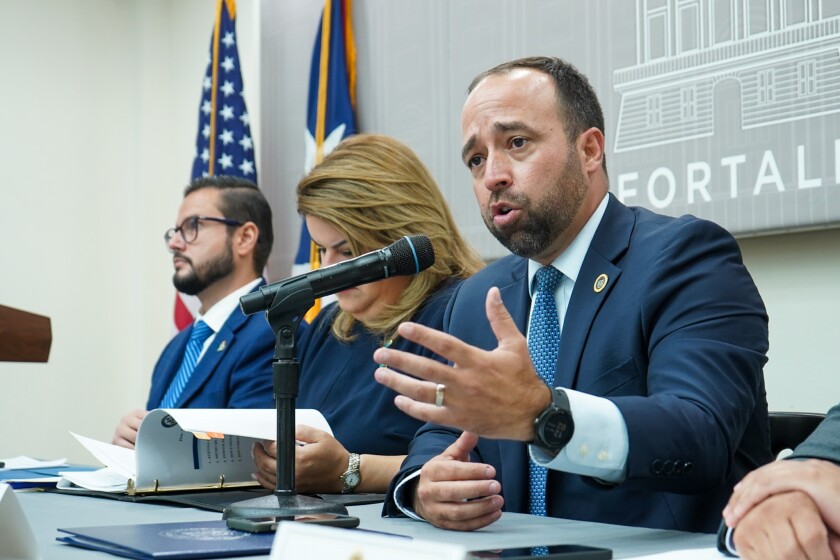 FAFAA “in its capacity as fiscal agent and financial advisor to all public issuers in Puerto Rico, continuously monitors market conditions as it analyses strategies and opportunities that could result in a benefit to the people of Puerto Rico,” Marrero said. .

“At this stage, however, there is no specific timeline for a transaction to occur, nor do we have an obligation to execute any transaction,” he said.

FAFAA believes opportunities may exist to explore refunding opportunities for COFINA “with the sole objective of reducing debt service without increasing outstanding debt or extending the maturities of bonds to be refunded, if any,” he said.

If FAFAA decides to seek such a refinancing, it would be subject to approvals from COFINA, the FAFAA board of directors, and the Puerto Rico Oversight Board, Marrero said. A board spokesman said the board was just vaguely aware that FAFAA was considering it and that the board would not have a comment on it before a concrete proposal was presented to it.

“Collecting information on potential refundings is a good choice for Puerto Rico, even if the timing maybe seems a bit rushed ahead of the general obligation restructuring,” said Matt Fabian, managing partner of Municipal Market Analytics.

“It could be that the commonwealth wants to get ahead of rising interest rates, to clear out some budget space for the GOs by rescheduling near-term COFINA maturities, or maybe to access the market before the legislature takes more definitive steps toward rewriting the [Oversight Board]’s financial plans,” Fabian said. “Regardless, it’s a favorable development for existing COFINA holders.”

John Hallacy, president of John Hallacy Consulting, said he thought a refunding would be done with taxable bonds or “some kind of synthetic refunding with derivatives.”

“Given the expenses of doing a refinancing, it really depends if the savings produced are worth pursuing,” Hallacy said. “It is mainly a mathematical exercise and the outcome is very dependent on where rates are at the time.”

The Puerto Rico Aqueduct and Sewer Authority refinanced $1.4 billion of bonds in December 2020. There were $3.1 billion of orders and the high-yield offered was 4.15% for bonds maturing in 2047.

This also comes as an unwillingness of the majority of Puerto Rico’s senators to approve money for the commonwealth’s debt restructuring raises questions about Puerto Rico’s willingness to pay its debt, analysts said. The Puerto Rico House on Tuesday approved a measure that authorizes spending $10.9 billion from past years’ revenues for paying various Plan of Adjustment entities, including nearly $8 billion to pay bondholders and bond insurers.

The Senate rejected this measure. The Oversight Board is expected to approve a similar measure Monday.

The court-approved Plan of Adjustment for Puerto Rico has an effective date of March 15 when the board will move forward the restructuring of the GOs. Since then, the Oversight Board has tried to take the necessary steps to make the plan effective on time and to counter motions to stay the plan while appeals are heard.